I am so excited to share  my birth story and journey to a successful VBAC!

Here is a little backstory about my first birth…

When I was pregnant with my first daughter I started to get weekly sonograms around 36 weeks. Each time I went they told me she was measuring big. By the time I was 37 weeks she was already 7 pounds, and my doctor hinted at me being “prepared” for a c-section based on baby’s size.

The following week (38 weeks) baby was now measuring around 8 pounds. My doctor suggested a scheduled c-section. Since this was my first pregnancy and I had NO idea what to expect, her reasoning made a lot of sense to me- at the time. She said baby’s head did not drop below the pelvic bone and I could possibly have a long labor that would put the baby (and myself) in distress.

A section sounded “safer” so I agreed. At 39 week and 1 day Chris and I went to the hospital at 6am for my section And Audriana was born at 8:48am the same day. The weeks that followed her birth were horrific for me.

My recovery was so hard. I did NOT expect it to be as difficult as it was. I couldn’t really do much for myself. Not only did my incision hurt, I also had gas trapped in my chest for five days after I came home- something that happens when you have a surgery and you don’t walk enough right after.

This experience was hard for me- and I believe that it cause me to slip deeper into postpartum depression. I could not connect with my baby, I felt so miserable everyday. After going through this I KNEW a VBAC (vaginal birth after c-section) would be my “birth plan” if I ever had another child.

Two and a half years later I started to feel “ready” to have a second baby. But I was so SCARED I would end up having a similar experience. I couldn’t go through that again. I researched doctors that would be VBAC friendly and found a great doctor with a high VBAC success rate. She was supportive of my decision from the start.

As we got closer to my due date I took a birth class so I knew what to expect – this helped me SO MUCH. I had NO IDEA about birthing, and I think that it made me really fearful. But once I educated myself (Chris also took the class with me- and because of it I felt like he could be such a supportive partner during labor) I felt empowered. I knew what I had to do!

My due date was 8/22- and baby arrived almost right on time! She missed her due date birthday by only 1.5 hours!

At 10pm on Friday night (8/21) I started feeling some light cramping. I went to bed and felt one about every hour or so. Around 6am on Saturday morning (now my due date!) I felt what I think was the first TRUE contraction!

Around 3pm I started to feel stronger contractions more often (about 45 mins. apart). I laid down for a little and tried to sleep. It was hard but I am glad I did because little did I know I would be up for almost 2 days!

Around 7:30pm I ate dinner and took a shower. By this time my contractions were around 10-15 mins apart and they were painful. My doctor told me to wait until contraction were 5 mins apart, for 1 min each time before I went to the hospital. This is to build momentum in labor and to help get to a VBAC! So I waited, even though I was in pain.

We got into bed at 8:30ish and now my contractions were starting to become more intense. At 9:30pm I went to the bathroom and I saw some fresh, red blood. I called the doctor because I was worried about a uterine rupture. She told me to head over to L+D to get checked. At this point my contractions were about 6 mins apart!

Chris made it to the hospital in record time. The entire drive my contractions were getting closer together and more intense. I was in so much pain each time we hit a bump in the road.

When I finally got to triage I was 6 CM DILATED!!! I could not BELIEVE I was able to labor at home until 6cm with any medication. I truly think this is what helped me have a successful VABC. I was able to build momentum and get pretty close to 10cm on my own! They admitted me and you bet I asked for an epidural STAT because at this point I was in so much pain.

The epidural was tricky- it took a while to find a spot on my back. I was worried I would have to do this with no drugs at all – eek! But they found it after almost a half hour! I was thankful to have some relief, but honestly from this point until she was born it was only about 2 hours, if that!

I laid on a peanut ball to bring baby’s head down a little more for about an hour. The whole time I felt pressure and I was shaking from head to toe- I couldn’t relax. They shut the lights off and came to check on me every now and then. I think my doctor thought it would take longer for me to go from 6cm to 10cm because I had the epidural now, but after an hour I was a full 10cm!

Originally they were able to switch me to the other side to lay on the peanut ball again to bring baby’s head down even more but I felt INSANE pressure. I knew I needed to push right then and there! Four sets of pushes in 20 mins and SHE WAS OUT! I am so thankful for the quick labor. From the time we went to the hospital to the time she was born it was only about 4 hours!

I wish I was able to relive the entire experience because it was such a rush. It went so quickly I don’t even think I had time to process everything. The first thing I said when they pulled her out was “I DID IT!” – and I am so proud of myself for NOT GIVING UP. This is what I wanted and it was scary, painful and hard but I was able to accomplish this- and I think it truly is my proudest moment as a human and as a mom.

After such a traumatic experience the first time, this birth I feel like has healed me in ways I needed so badly. It gave me the most beautiful moment and I am sad that I could not have this with my first daughter, but so thankful that I had a second chance.

If you are considering a VBAC please hang around! I will be sharing more about my experience, the difference between my section and vaginal birth and also the things I think helped me on my blog! 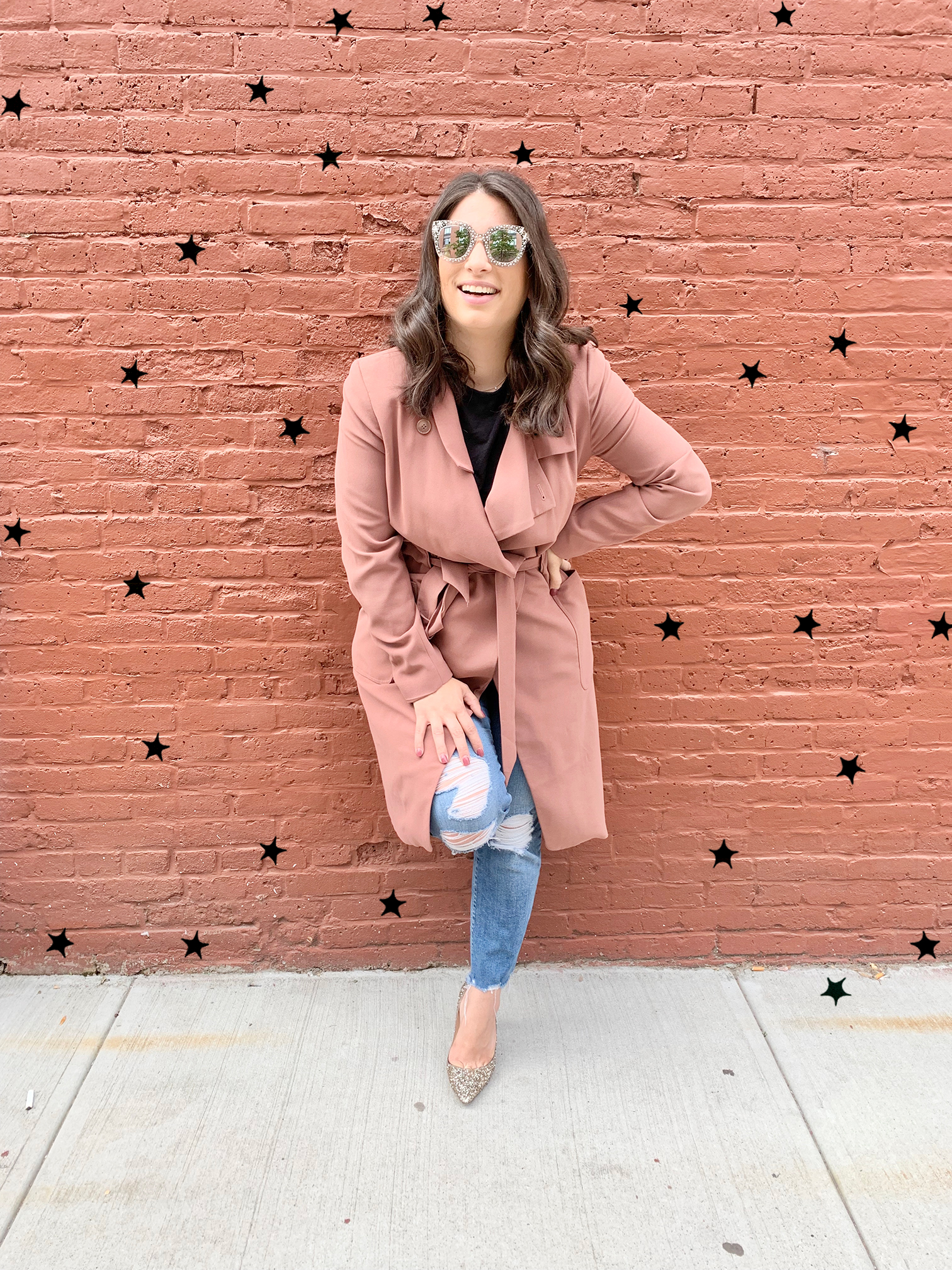 I am a mama of three- two little girls and a sweet baby boy who just joined our family this past summer. I am a wife to my husband Chris and we recently moved from New York (super close to NYC) to SWFL! I’ve been sharing my thoughts on motherhood, outfits and recipes on Instagram for about four years. I decided to create this blog so there could be a place for all of my content to live – and for my audience to easily find things they saw over on Instagram! My hope is that you’ll find this blog a place of helpful information, positivity and fun ideas that enrich your life and bring you joy. You are welcome here! And I hope you feel comfortable enough to come as you are! Let’s celebrate that. 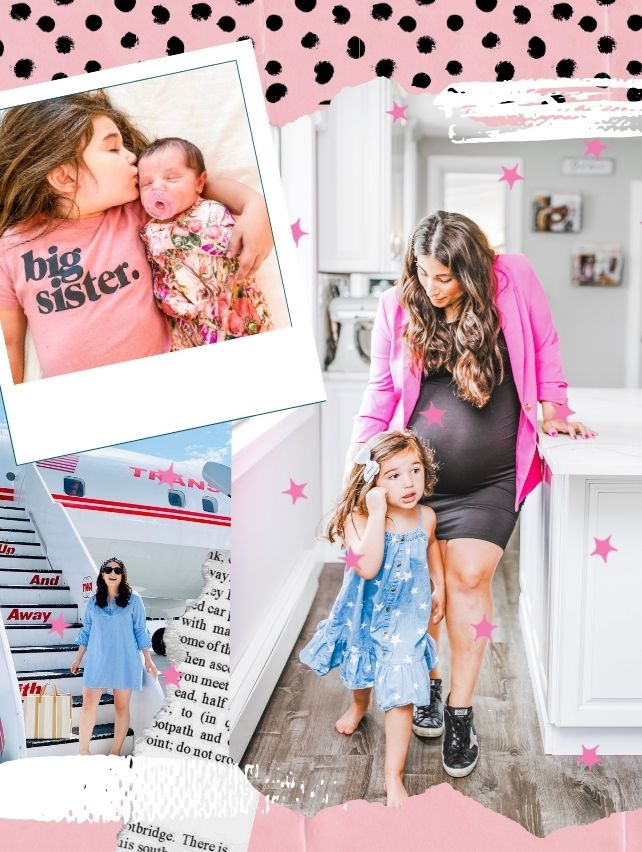 I am so excited to finally have a place where we can connect on a deeper level and I can share more of my life with you! Sign up below to stay up to date on all things fashion, beauty, motherhood and more.

Shop my looks on liketoknow.it!

Shop my looks on liketoknow.it!

Theme by Design by TYM

What are you searching for?